Getting a tattoo should not be about following the crowd, but this does not mean that it is unacceptable to get a popular tattoo. Some people like a familiar style of body art because it looks really good – which will be why it is so popular. In this case, they should not be derided for following the crowd. They just happen to know what they want.

Perhaps the most popular tattoo design is the tribal mark. This kind of tattoo is the source of much controversy, with some people being of the opinion that a tribal tattoo on someone with at best a tenuous link to that tribe is a sign of cultural tourism. This often leads to debate between fans of ink. How Irish do you have to be to get a Celtic cross? How close does your Japanese ancestry need to be before you can get Japanese script drawn on you?

Another form of tattoo which has gained massive popularity is that of angel wings, or indeed any other form of wings. These can be drawn anywhere on the body, but are particularly popular when drawn on the back. The idea is that the bearer has wings sprouting out of their back and is ready to take flight. The tattoo symbolizes freedom and elevation, popular themes with a link to escapism.

Fair enough, if someone simply gets a tattoo because they want attention then it is a little bit boring. But what cannot be denied is that the most popular designs keep getting chosen, regardless of anyone else’s opinion. 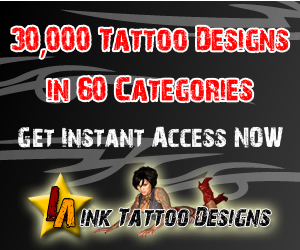